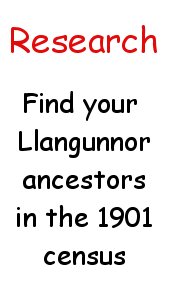 A horrible discovery was made on the road between Carmarthen bridge and the railway junction on Tuesday, when the body of a newly born female child was found in a ditch opposite the chemical works, near Southern-row.

The body was considerably advanced towards decomposition, and it is supposed to have been in the ditch, which is close by the road, for some two or three weeks.

The discovery was made by a boy named Daniel Elias, an errand-boy in the employment of Messrs. Davies and Son, watchmakers and jewellers, Guildhall-square, whose father lives at Pensarn, and is employed at the chemical works.

The boy was out with his master's dog, a half-bred retriever and mastiff, and the dog in scenting about came across the body, which it was about to remove from the ditch, when the boy went up.

He immediately raised an alarm, and Police-constable David Bowen, who is stationed at Pensarn arrived.

The body was then removed to the Square and Compass Inn, where in the afternoon, by the direction of Mr. Rowlands, the coroner; a post-mortem examination was made by Mr. Hughes.

It is a singular coincidence that nine years ago a child was found drowned in exactly the same place.

An inquest will be held this (Wednesday) afternoon.